Our Board of Directors

Our Directors provide combined experience from across the consumer marketing and product development fields in Malaysia, spearheading our ability to continually innovate, expand our reach and improve our standards of service.

They are guided by our three Founders, whose vision has guided the Senheng brand to become a retail giant synonymous with high quality consumer electronics, boasting an enviable brand presence both on-ground and online. 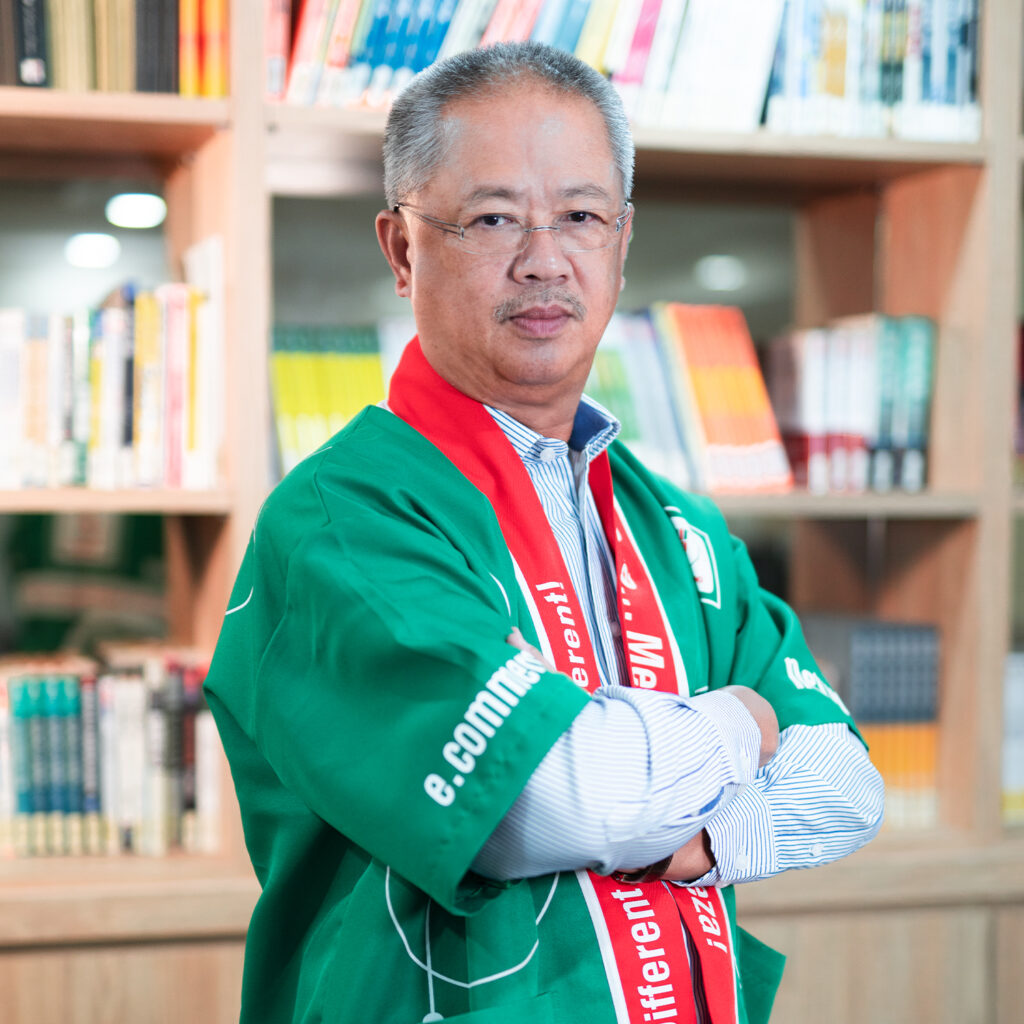 KH Lim was appointed to our Board on 21 May 2021. He completed his pre-university studies at Tunku Abdul Rahman College in 1980, and has been a member of the Institute of Corporate Directors Malaysia (“ICDM”) since August 2021.

He started his career in 1981 with Campbell Electronics Sdn. Bhd. as a sales representative where he was involved in the sales of electrical goods. A few months later, he was promoted to the position of shop supervisor where he was responsible for the day-to-day operations of the shop. In 1986, he left Campbell Electronics Sdn. Bhd. and joined Senhong Sales and Services Sdn. Bhd. as the head of operations where he was responsible for the operations of retail outlets. He left Senhong Sales and Services Sdn Bhd in 1989 and co-founded Senheng Electric, a partnership business together with his brothers, KC Lim and KY Lim.

Under his leadership, our Group has grown from a single shop into the largest consumer electrical and electronics chain retailer in Malaysia by revenue, with 105 physical stores and a workforce of approximately 1,750 employees. Throughout the years, he charted the overall strategic direction of our Group including the implementation of numerous key initiatives such as the adoption of a chain store concept, a fixed price policy, launching our PlusOne loyalty programme, undertaking the digital transformation of our business, and creating our seamless retail model. His leadership has also been recognised through the numerous awards received by our Group and him personally.

As our Executive Chairman, he is responsible for crafting the business model, business direction as well as strategic planning of our Group and he will continue to leverage on his over 40 years of experience in the Malaysian retail industry to chart our Group’s future direction. 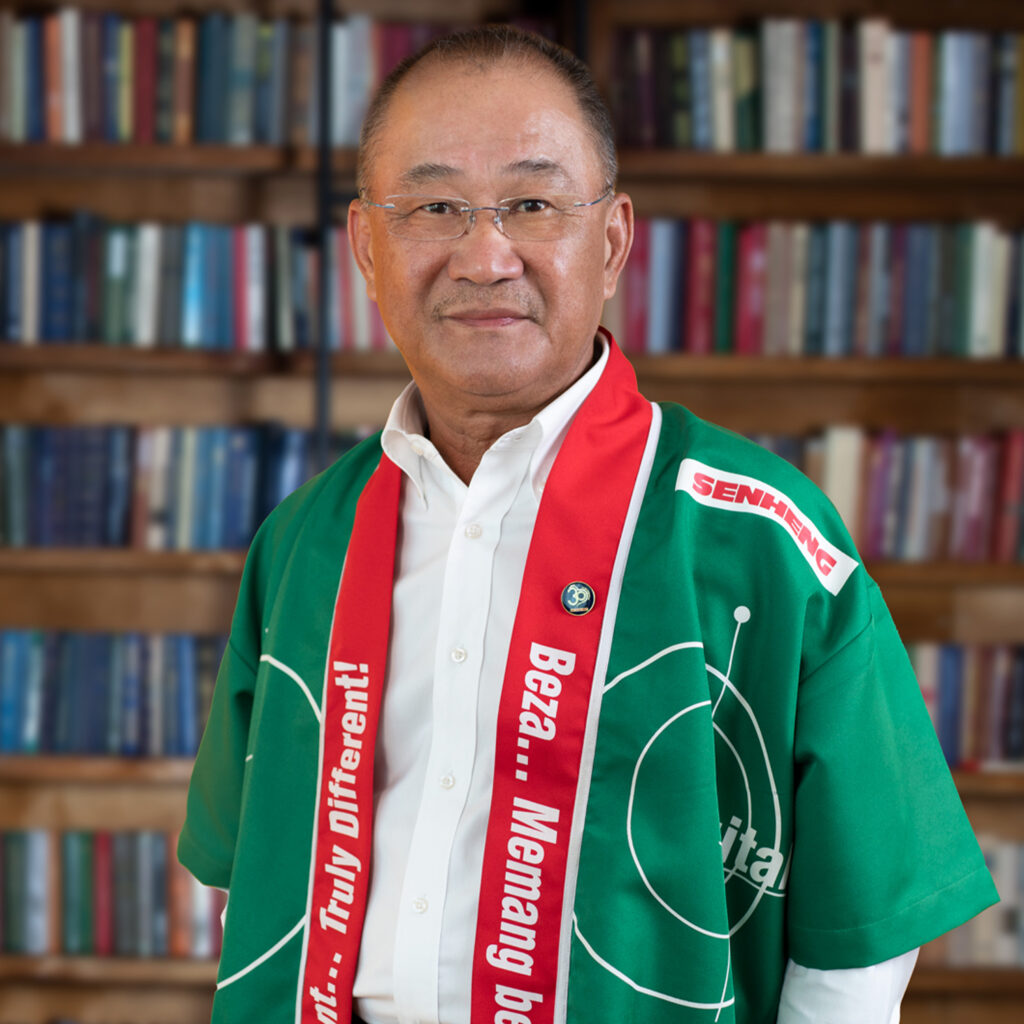 KC Lim was appointed to our Board on 21 May 2021. He completed his pre-university studies at Tunku Abdul Rahman College in 1979, and has been a member of ICDM since August 2021.

He began his career in 1980 as a sales representative in a stationery shop located at Kuala Lumpur. Subsequently in 1983, he became self-employed and carried out small-scale renovations for offices, shop lots and residential units.

In 1989, he co-founded Senheng Electric, a partnership business together with KH Lim and KY Lim (our business was transferred to Senheng KL in 1994). Initially, he worked part-time and was responsible for the delivery of goods to customers. In 1990, he joined full time as our sales manager where he was responsible for overseeing the sales and operations of all our physical outlets.

He is mainly responsible for the sales, operations and marketing aspects of our Group’s business including identifying business opportunities and sales trends as well as initiating and implementing new operational policies and strategies, including the introduction of our centralised logistics model to improve the efficiency of our supply chain.

He also plays a vital role in assisting KH Lim in implementing our business transformation initiatives, particularly the adoption of digital technologies such as our EDMS, B2B portal, WMS and mobile application, which have collectively enhanced the overall efficiency of our business operations. Moving forward, he will continue to oversee our Group’s overall human resource and business solutions, finance and business compliance, retail operations, logistics and services, digital commerce and supply chain as well as the implementation of our future growth plans and key initiatives. 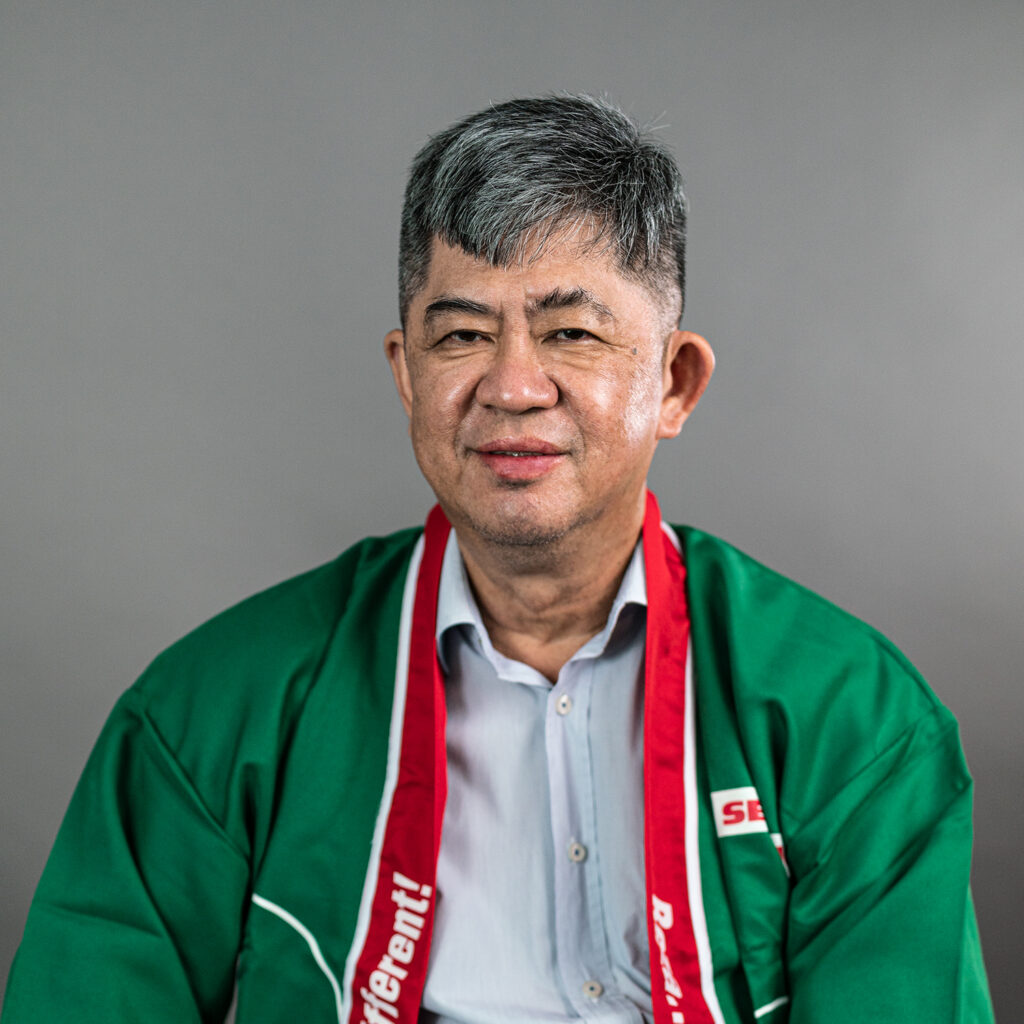 KY Lim was appointed to our Board on 21 May 2021. He completed his secondary school education at SMK Sultan Sulaiman Shah, Selangor in 1980, and has been a member of ICDM since August 2021.

In 1989, he co-founded Senheng Electric, a partnership business together with KC Lim and KH Lim (our business was transferred to Senheng KL in 1994). Initially, he worked part-time and handled the delivery of goods to customers and bill collections. Three years later, he joined full time as our administration manager where he managed the human resource and administrative matters as well as billings and collections.

Over the years, he has been mainly responsible for devising and implementing outlet expansion plans, including identifying suitable new locations for new outlets. He was also involved in the implementation of our ERP system as well as the creation of our franchise and incentive programmes for store managers.

In 2017, he stepped down from being involved in the day-to-day operations of our Group. Nevertheless, as a Director, he continues to provide his experience and guidance to the management in his areas of expertise.

Dato’ Yeow Wah Chin, a Malaysian aged 61, is our Independent Non-Executive Director. He was appointed to our Board on 14 June 2021. He graduated from the Universiti Kebangsaan Malaysia with a Bachelor of Economics (Honours) degree in 1984, holds a Bachelor of Laws (Honours) degree from the University College of Wales, Aberystwyth, United Kingdom (“Aberystwyth University”), which was obtained in 1991, and he subsequently obtained a certificate in legal practice in 1992. He was called to the Malaysian Bar as an advocate and solicitor in 1993, and has been a member of ICDM since August 2021.

He began his career in 1984 as a trainee officer with Malayan Banking Berhad (“Maybank”). Upon confirmation he was placed in the corporate planning department and in 1986, he was transferred to the credit review department. He took a sabbatical in 1989 to pursue his law degree at Aberystwyth University and re-joined Maybank in 1991 as a legal counsel where he was responsible for legal matters of Maybank.

As an experienced practising lawyer, he has been appointed to serve as the legal advisor for the Yeow See Association in Melaka since 2015. He has previously served as a member of the advocates and solicitors disciplinary committee and the conveyancing practice committee of Bar Council Malaysia as well as the legal advisor for the Society of Interpreters of the Deaf in Selangor and Wilayah Persekutuan.

He has also been actively involved in the Lions Club of Kuala Lumpur Central, a voluntary service organisation committed to humanitarian service, since 1994. In 2011, he initiated the formation of the Lions Education Foundation, where students with average academic results could get financial assistance to further their tertiary education. Currently, he also sits on the board of directors of the Lions Education Foundation, UKM Holdings Sdn Bhd, Institut Integriti Malaysia and 1MCA Medical Foundation, amongst other organisations.

Tan Ler Chin, a Malaysian aged 61, is our Independent Non-Executive Director. She was appointed to our Board on 14 June 2021. She graduated from the Universiti Kebangsaan Malaysia with a Bachelor of Economics (Honours) degree, majoring in statistics in 1983, and has been a member of ICDM since August 2021.

Tan Ler Chin began her career in 1984, in the finance department of the Employees Provident Fund (“EPF”). In 1988, she was transferred to the investment department where she was responsible for the management of the EPF’s external fund managers and other domestic investment assets including Malaysian Government Securities, loans/debentures, equities and money market placements.

In 2019, she was appointed as the head of risk department where she oversaw the management of amongst others, the operational risks, technology risks, investment risks and investment market risks of EPF. She retired from EPF in April 2021.

Ho Kim Poi, a Malaysian aged 58, is our Independent Non-Executive Director. She was appointed to our Board on 14 June 2021. She graduated from the University of Adelaide, Australia with a Bachelor of Science degree in 1987, and obtained a Master of Business Administration from the University of Lincoln, United Kingdom in 2001. She has been a member of the Malaysian Institute of Accountants and CPA Australia since 1990 and 1991 respectively, and has been a member of ICDM since August 2021.

She began her career in 1987 as a tax assistant with KPMG Malaysia (now known as KPMG PLT), and was promoted to the position of senior tax consultant in 1988. She left KPMG Malaysia in 1990 and joined OYL Industries Berhad group of companies (“OYL Group”) as a finance and human resources manager, where she was responsible for amongst others, finance, human resource and business development matters of the OYL Group.

In 1993, she left OYL Group and joined Astra Pharmaceutical Sdn Bhd as its finance and human resources director. In 2000, following the worldwide merger between Astra AB and Zeneca group, she was re-designated as the finance and human resources director of AstraZeneca Sdn Bhd. Subsequently, she was promoted to the position of regional chief financial officer of South East Asia, India and South Africa in 2001, where she was in charge of financial matters and strategies, including setting up the shared service centres for the abovementioned regions.

Ho Kim Poi is currently an Independent Non-Executive Director of Mah Sing Group Berhad, a company listed on the Main Market of Bursa Securities, a directorship she held since 2019.

Oh Keng Leng, a Malaysian aged 53, is our Independent Non-Executive Director. He was appointed to our Board on 14 June 2021. He graduated from the University of Melbourne, Australia with a Bachelor of Commerce degree in 1992. He has been a member of both the Malaysian Institute of Accountants and CPA Australia since 1995. He has been a member of ICDM since August 2021.

Oh Keng Leng began his career in 1992 as an audit associate with Arthur Anderson & Co. He left Arthur Anderson & Co in 1995 and joined our Group as our finance manager where he was involved in carrying out financial and management accounting functions. He was also involved in the development and implementation of our fixed price policy, loyalty program and franchising scheme.

He left our Group at the end of 2005 and joined Borneo Technical Co (M) Sdn Bhd as the finance controller in early 2006 where he managed the finance, accounts, banking, administration, human resource and information technology departments. In 2010, he was promoted to the position of finance and operation director and supervised additional departments such as warehouse and logistics departments.

In 2015, he left Borneo Technical Co (M) Sdn Bhd and joined Yokohama Distribution Services Sdn Bhd as the finance and operation director, a position he currently holds, where he oversees amongst others, the finance, accounts, banking and administration departments. He also assisted in the setting up of branch offices and a distribution center.

Drop us a line

From a tiny consumer electronics shop to the largest electronics chain store in Malaysia, Senheng® has gained its sterling reputation by prioritising progressive, forward looking and innovative touches.